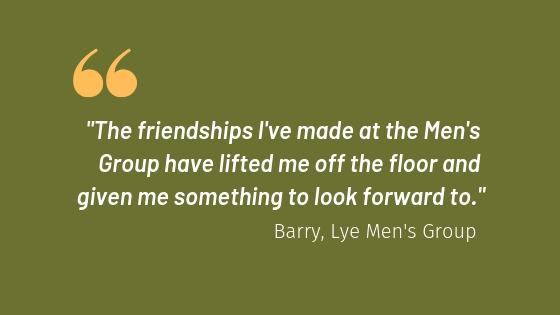 The idea for The Men’s Group began in 2015 when my colleague Nick Tromans, the Integrated Plus Locality Link Officer for Stourbridge, Wollescote and Lye, had a high number of referrals for men with similar mental health needs and social isolation.  This led Nick to Reverend Simon Falshaw the Vicar from Christ Church in Lye and they discussed the need to offer a place for men to come and connect with each other.  The church was interested in supporting the idea and offered the church hall as a place to host the group.  A successful funding bid to the Near Neighbours Fund was approved and this helped start the group and pay for room hire.

The main factor for the success of the group is the volunteers who help run the group, they set up the room, serve refreshments and ensure a warm and friendly welcome to everybody who attends.  They can empathise with the group because they have had similar experiences and are well placed to offer peer to peer support.  Andrew was the first volunteer and he fostered an atmosphere of calm, respect and empathy.  Unfortunately, Andrew died suddenly in 2017 but his ethos remains within the group. Nick and I are involved in some aspects of the running of the group but the volunteers are the mainstay of the group and are vital and committed to its ongoing success.

The group has blossomed and three years on it is still going strong.  We have men aged from 19 to 90 in the group.  Over 130 men have attended the group in total and there are around 20-25 men from a pool of about 40 who attend every week.  Over the past few years we have had lots of activities at the group including, Get Cooking courses, glass engraving, bread making and well-being sessions.  The group also have regular cooked breakfasts, pool and darts tournaments and celebrations for Eid and Christmas.  There is no pressure for anybody to be involved in the activities and they are welcome to come and have a cup of tea and do their own thing.

Peer support reduces loneliness and isolation and improves self-esteem and confidence, this is certainly evident in the group.  Many positive and enduring friendships have been made by those attending the group.  People attend together and those in the group with limited mobility and difficulty attending have lifts arranged with friends they have met in the group.  If somebody has not attended in a while people rally round and see if they can help.  Friends meet outside of the group and do social activities together and meet at each other’s homes independent of the group, some have even gone on holiday together.  Another major reason for the success of the group is the non-judgemental attitude of all who attend and volunteer, it is inspiring and makes for a smoothly run and supportive group.

Barry began attending the group supported by his wife and Nick and has now become a regular attendee.  He has made new friends who he looks forward to spending time with in the group.  His friendships have developed further and he now meets up with his new friends outside of the group at home and in social situations.  Barry said he was not aware of any groups or activities like this in his local area and he said the group and the friendships he has made have ‘lifted me off the floor and given me something to look forward to.’

Those men who attend who can afford to make a donation can contribute to the running of the session.  Using an asset-based approach and working in partnerships with the local council and other organisations has enabled the group to run for little cost and has further helped the success of the group.

Find out more about how Integrated Plus are supporting people to become more involved, connected and active in their communities at https://integratedplusblog.com/about/ 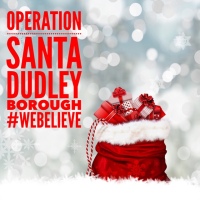