St Paul’s Community and Learning Centre is a haven on the Hawbush estate in Brierley Hill. No wonder, then, that it’s the location of the welcoming Cake, Cuppa and Chat Group (or ‘3 Cs’), which gets together every Monday afternoon (except bank holidays).

The group is open to anyone who has been bereaved, is feeling lonely, facing a life changing experience like having a partner go into long-term care or for people caring for a loved-one. The idea of the group is to give participants the opportunity to chat with people in a similar situation over a drink and some delicious homemade cake. The group makes it clear that “People who come set the agenda – if you want to play cards or do a jigsaw such things are available, but if you want to come for a chat only that is fine!” It’s like a big tea party every week!

The group’s main organiser is Beryl (whose cakes are incredible!), but it’s probably fair to say that everyone chips in to make the group happen and the conversations flow. Beryl wasn’t there when I arrived, having to pop out for something, but I was welcomed in like an old friend and swiftly offered a place to sit, a cuppa and of course a piece of delicious homemade cake. I’m not great around new people, especially large groups whose members already know each other well; but I was encouraged by a helper to introduce myself to the entire group and to explain why I was visiting. After reassuring everyone that I wasn’t there to talk at them, but that I wanted to be involved in the conversations, I was invited to sit with a small group who were happily chatting about their week.

It became clear to me very quickly that this was a group in which all the participants had built important relationships with each other. It felt like over the years, people had really taken the time to learn about what made each other tick, that they’d listened to each other and respected one another. At the same time, the warm welcome I’d received told me that they were still very open to new people visiting and joining them.

I learned that some of the members had been coming for the seven years the group has been running, others were very new and enjoying making new friendships. Some members came because they lived alone and wanted to feel connected, some were carers and this was their only respite from their caring responsibilities, while others were also involved in lots of other hobbies groups. One gentleman is a member of two singing groups and a keen plant collector, giving me some hints and tips on how to keep my orchids alive! He seemed so busy with his hobbies and told me he really enjoyed keeping active and interacting with people, including his friend who he helps out with lifts to 3 Cs group and to other appointments.

One member was a carer for her husband. She told me that Cake, Cuppa and Chat was the only chance she got to take some time for herself, so it was clearly crucial to her wellbeing. It was really lovely to hear her speak highly of the support she’d received from our Integrated Plus team!

I’d expected most of the members to live within walking distance of the venue, since it’s right in the middle of a large housing estate, and many of them told me they walked there and that they went to other activities at St Paul’s Community and Learning Centre. I was surprised to learn that some members came from further afield. St Paul’s Community and Learning Centre is on a bus route, and some participants feel able to get buses there, while others drive and offer their friends lifts.

The friendship group doesn’t work in isolation and is connected to other things that happen at the centre and in the community. This much was obvious when Kathleen from Briar Lea Over 50s Club paid a visit to invite the members of Cake, Cuppa and Chat to their next trip to Liverpool because they had some spaces available. It’s this kind of sharing that helps groups to keep their costs down and reach more people!

When I met Beryl, she told me that the group had been meeting for the last seven years. Initially, members played board games, but it soon became clear that participants simply wanted to talk to one another, it almost didn’t matter what kinds of other activity they did. And I heard lots of different conversations on my visit; people sharing their experiences, giving knitting tips and swapping patterns, sharing their skills and encouraging each other.

The group regularly gets out and about, too. Members have visited places like Barnet Hill for afternoon tea, they’ve done theatre trips together, pub lunches, visited botanical gardens and they always have a Christmas party! The group is dementia friendly; both carers and those living with dementia are welcome to attend and there’s a quiet space in case anyone feels distressed. Beryl also let me know that every month, she offers time and space for people to reflect and think about their loved ones that they may have lost, which brings us back to the whole point of the group. It’s a caring environment for those that have gone or are going through challenging experiences, a place that shows them that there are still friendships to be made and people that care about them.

If you would like to see if the Cake, Cuppa and Chat Group is suitable for you or a loved one, you’ll get a warm welcome every Monday (except bank holidays), 2pm-4pm. There is no charge to attend, but donations are gratefully received for the hospitality you’ll be shown.

2 thoughts on “How a weekly cake, cuppa and chat keep people connected” 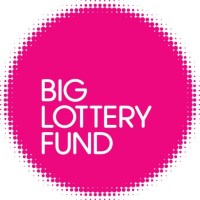 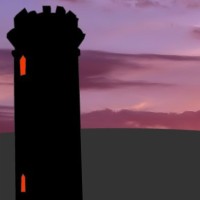